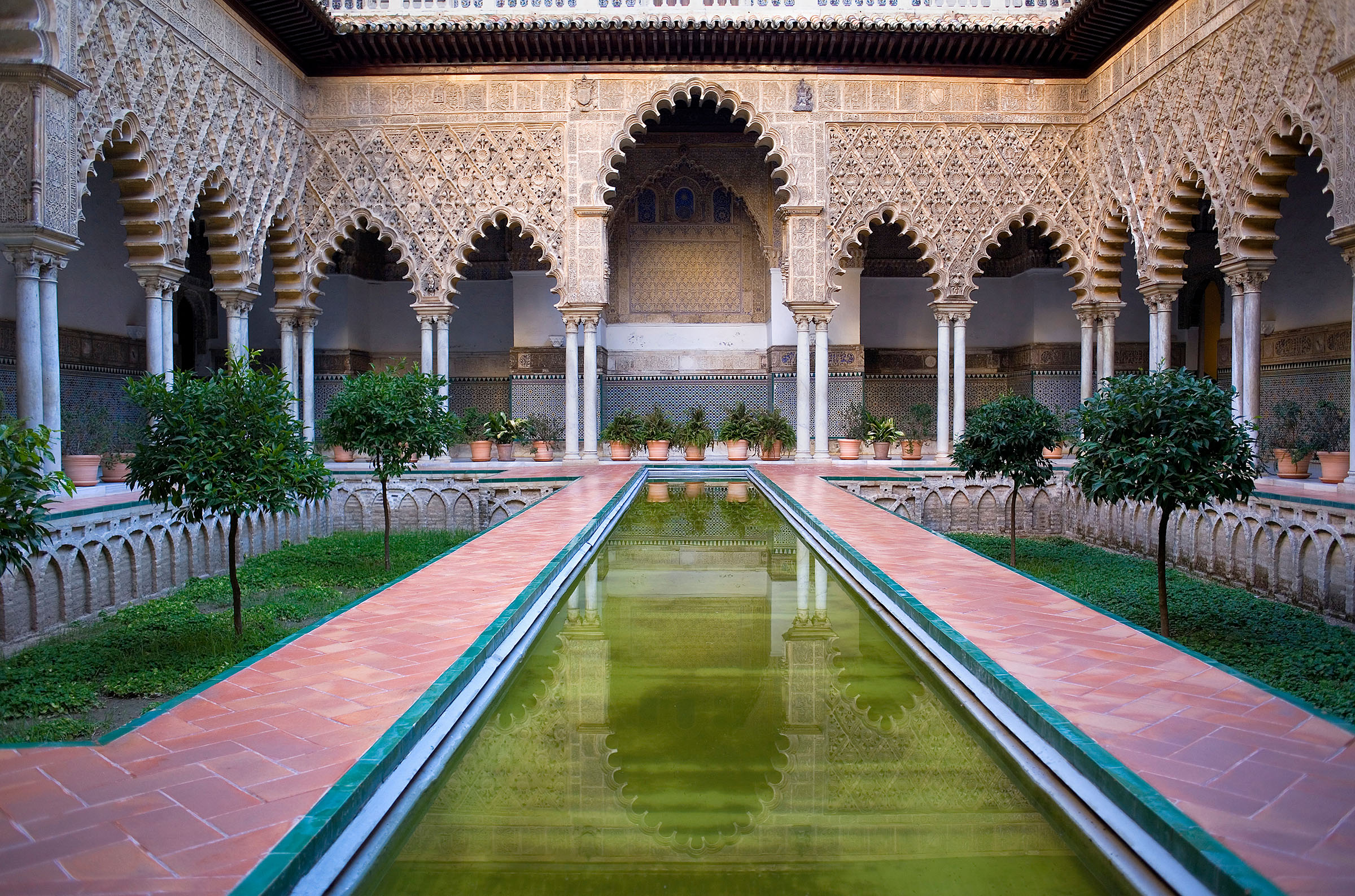 Spain is known worldwide as a beautiful country with smiley people, good weather and big cities as Barcelona or Madrid. However, there are many other unique cities to explore in Spain that are worth a visit too:

Seville is the capital of Andalusia region and it is widely known as the home of flamenco dancing. The cultural, historical and artistic heritage of Seville is impressive as well as its traditions. Enjoy the Andalucian charm in the many tapas bars and restaurants and absorb the romantic atmosphere by taking an evening stroll along the banks of Guadalquivir River. Weave your way to the main square in the heart of Seville visiting The Cathedral, The Real Alcázar and the Archivo de Indias declared World Heritage Site by UNESCO. Starting spellbound at La Giralda, the tower built during the Arab occupation now part of the Roman-Christian Cathedral. It its day, it was the tallest tower in the world. The Cathedral of Seville is the third largest cathedral in the world and nowadays the remains of Christopher Columbus lie in it.

The Alcázar of Seville has always been used as lodging for kings. It is made up of different buildings from different eras. Strolling through the Alcázar Gardens can be one of the most unforgettable experiences of your visit. They are arranged in terraces, with a multitude of orange and palm trees, with fountains and pavilions where you can breathe the freshness and stillness; a place for calm and rest in the city. The Real Alcázar has also been the scene of several productions as The Kingdom of Heaven or Game of Thrones.

Seville’s city center streets leads us into the Jewish Quarter of Santa Cruz until the María Luisa Park with its emblematic Plaza de España.

You’re sure to fall in love with Seville’s warm sunshine, its history and energetic ambiance.

SAN SEBASTIÁN IN THE NORTH OF SPAIN

San Sebastián, also known as Donostia, lies along La Concha beach with views of the beautiful island of Santa Clara. There is one thing that set apart the city of San Sebastián: it is home to some of the best chefs in the country and the first culinary university in Spain, the Basque Culinary Center. Further, the city boasts more Michelin stars per capita than any other city, and houses some of the world´s top-rated restaurants.

One of the foodie treasures in San Sebastián is its famous pintxos: culinary bites ranging from the original slice of bread piled with food, to tiny miniature haute cuisine creations. You can get them at practically any bar or restaurant around the city. Going for pintxos is the best way to learn about the culture of the city and enjoy with locals.

Besides the mouthwatering food scence, the small scale of the city makes it easy to explore by walk. Elegant art nouveau buildings, ornate bridges and beautiful manicured parks and plazas create a captivating backdrop to its gorgeous bay. The Belle Époque left its beautiful mark on San Sebastián, a chosen city for their summer holidays by the Spanish Royalty and the European aristocrats since the beginning of the last century.

San Sebastián is synonymous of culture. Museums, galleries, cinemas, events, theatres, sculptures…these are just some of the qualities that earned San Sebastián the title of European Capital of Culture 2016. San Sebastián is a wonderful city to get lost in and explore…

Toledo is a beautifully preserved city, with history at every corner. This ancient city is located high on a hill looking over the plains of Castilla-La Mancha region in the heart of Spain. It´s known as the city of three cultures as Arabs, Christians and Jews lived together for centuries behind its impressive city walls. The unique combination of architectural styles and history gives this city a famous legacy: churches and a stunning cathedral, palaces, fortresses, Jewish Quarter and synagoges, mosques. This historic quarter, declared a World Heritage Site by the UNESCO, is so impressive because it still has exactly the same layout it had in the Middle Ages. This great diversity of artistic styles makes the old quarter of Toledo a real open-air museum.

Enter through one of the many gates in the city´s wall such as the Puerta del Sol, and wander the narrow streets. They will lead you to beautiful plazas including Plaza del Zocodover the former site of an Arabic market as well as The Cathedral, the Greco Museum or the Alcázar. Go inside the walls and get lost in Toledo. It is part of the charm.

Let´s plan your tailor-made trip with us!